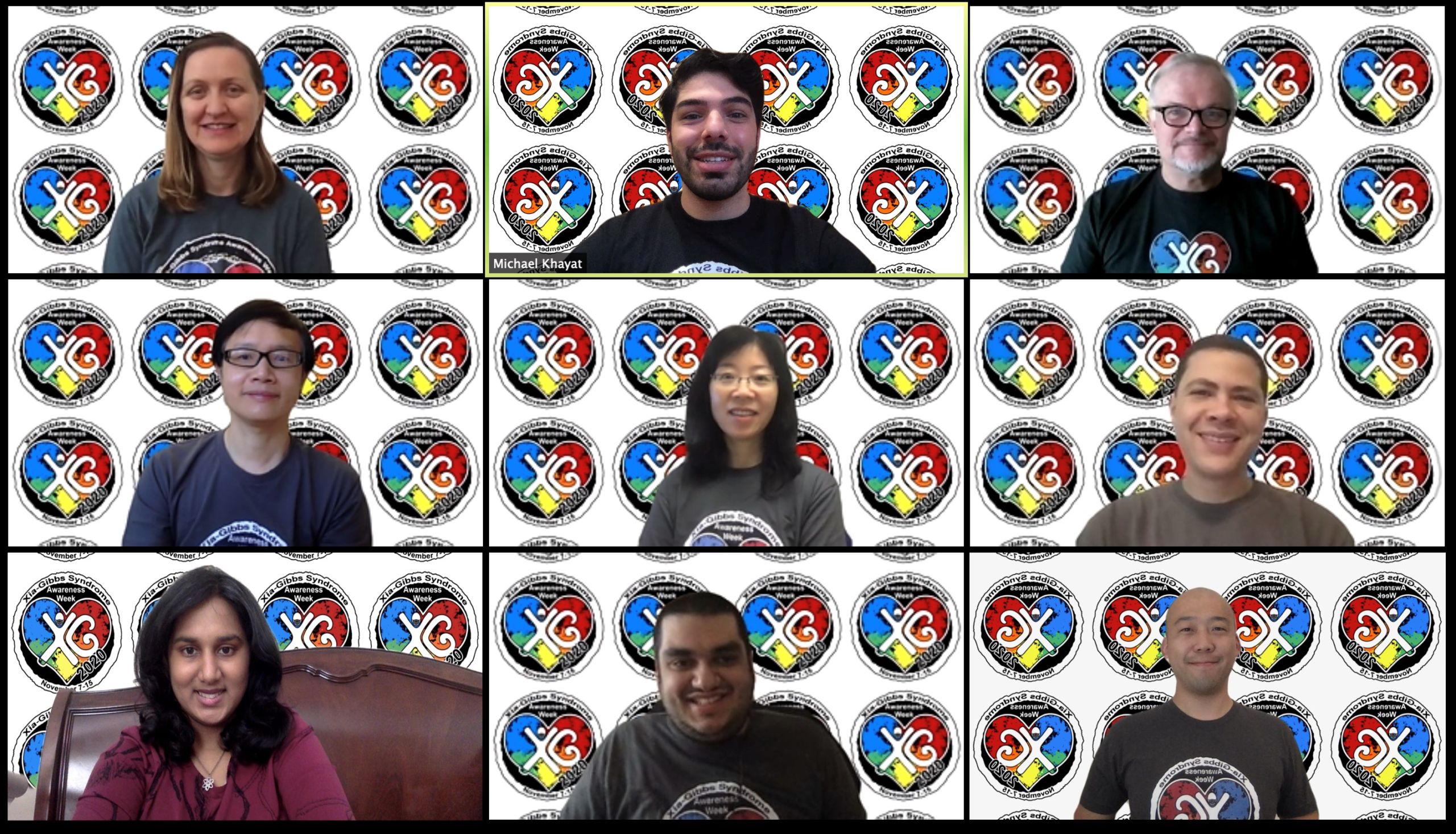 Here at Baylor College of Medicine in Houston, Texas, we have had these challenges too. In March, as the pandemic numbers began to rise, the Human Genome Sequencing Center shifted to having many people working from home while a dedicated staff established a SARS-CoV-2 test for the local community. At the time of the Florida face-to-face XGS meeting, we reorganized to continue XGS research. Here is the progress for the last year:

1: The XGS Registry continues to grow, and now of the more than 240 known families there are 65 who have filled out all the consents and sent detailed clinical records to the secure repository. Your participation in bolstering the Registry continues to be invaluable for all research studies. Thanks to Jianhong Hu for her tireless work here. As the Registry grows, it is admittedly somewhat cumbersome to work with, which is an inevitable aspect of the need for high levels of security. An HGSC Fellow He (Hurley) Li has now worked to introduce new technology for the Registry to make it easier to enter and fill out forms, while maintaining full security. He has built a Dashboard on top of the Registry to provide summary information. A screen shot with a  glimpse from his work is below and we will fully launch in the coming months. THANK YOU TO THE XGS SOCIETY WHO JUST ANNOUNCED SUPPORT FOR HURLEY TO ADVANCE THIS WORK! 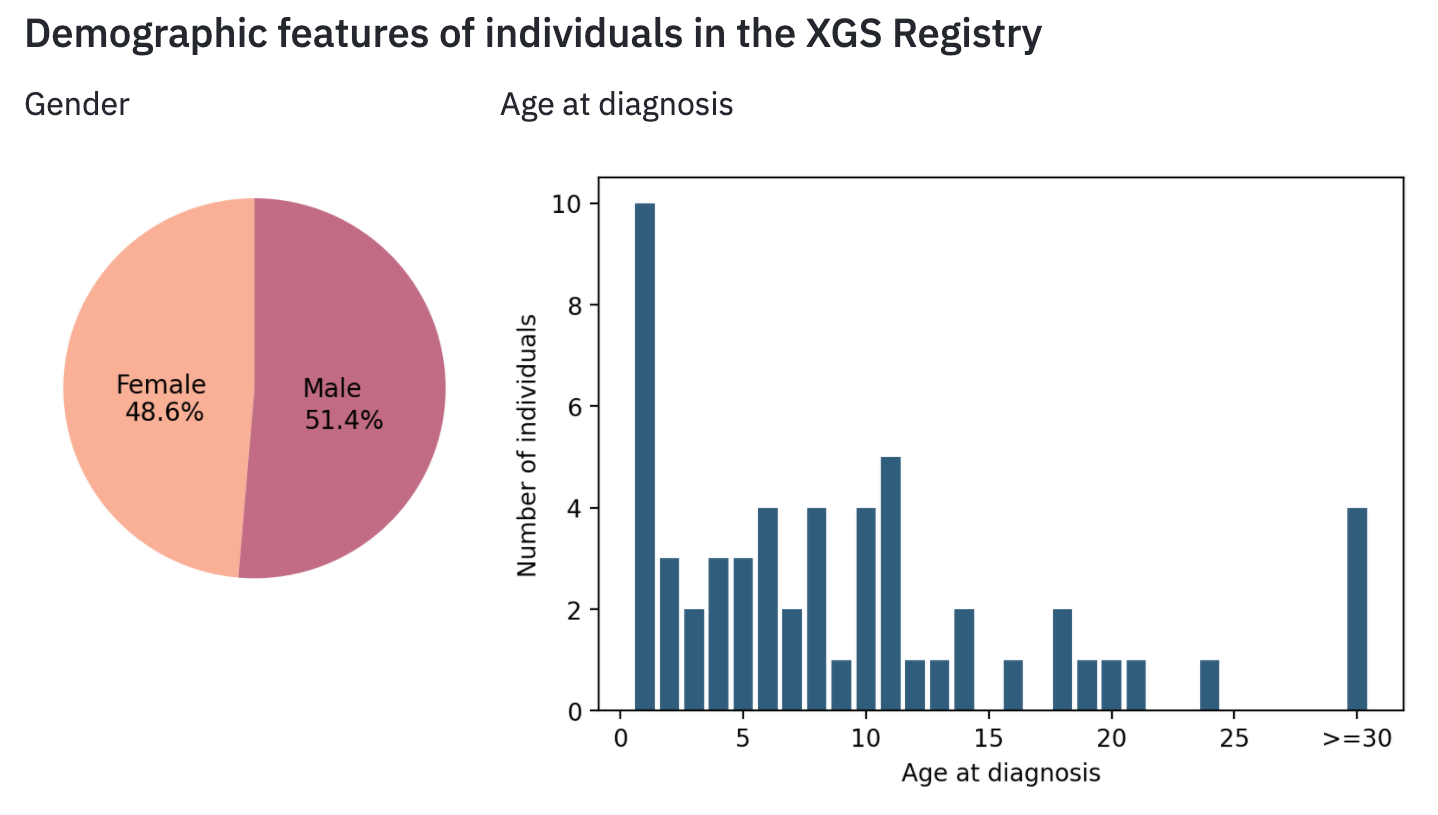 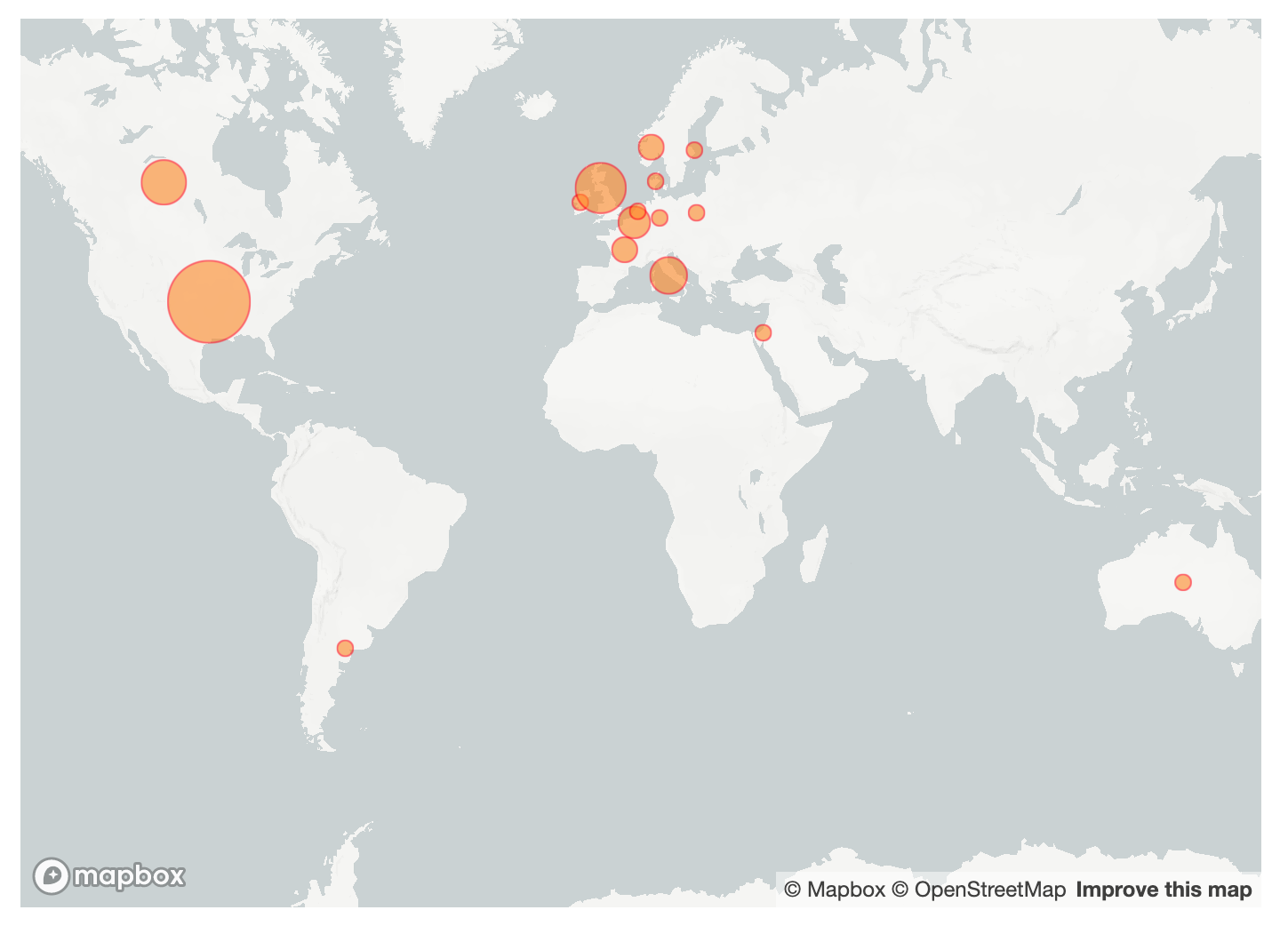 2: Building on the work of Yunyun Jiang before she left the laboratory, Jianhong, Hurley and Michael Khayat have meticulously cataloged all the known ‘missense’ mutations in the XGS gene, AHDC1. These are a different class to the ‘nonsense’ mutations in most known families. Now we can assign some of these ‘missense mutations’ as causing the disorder, with some confidence.

3: Other children have yet another type of mutation – large deletions. XGS has sometimes been attributed to this kind of mutation but the evidence has not been compelling. Varuna Chander has studied these cases and based on her findings, she is advancing our understanding of other factors govern how the AHDC1 gene is regulated. Varuna’s work was interrupted by the pandemic – and also because she gave birth to her own lovely child in September. Mother and child are doing well!

5: Shoudong Li has worked tirelessly to make cell lines that can be used to study basic aspects of the AHDC1 protein behavior. Shoudong was diverted for several months to perform COVID testing. In the meantime, he has been working with the engineered mice. These mice took a long time to arrive but now we have breeding programs. This is an exciting new chapter in XGS functional studies.

With all this work underway, 2021 should be a very productive year for XGS research. The above work includes one manuscript under review for publication and two near readiness for submission. The rest of our team includes David Murdock, Qingchang Meng, George Weissenberger, Helen Shen, Aniko Sabo and Moez Dawood. Next year we expect to have more team members join, as different aspects of the work resume. We are looking forward to it.

Meantime, very warm wishes to all families from the team here at BCM,